Today the intrepid baby and I went on our first NGS Garden visit to Glebe Farm in Whitburn, Sunderland. It's been a grey and blustery day, but the good old BBC weather pages gave hope that the rain would stay away, so off we went. The garden was very easy to find with clear signposting right from the main road. It obviously helped that I live in the area and know Whitburn fairly well anyway, but I'm quite sure visitors from further afield would have had no trouble finding it. 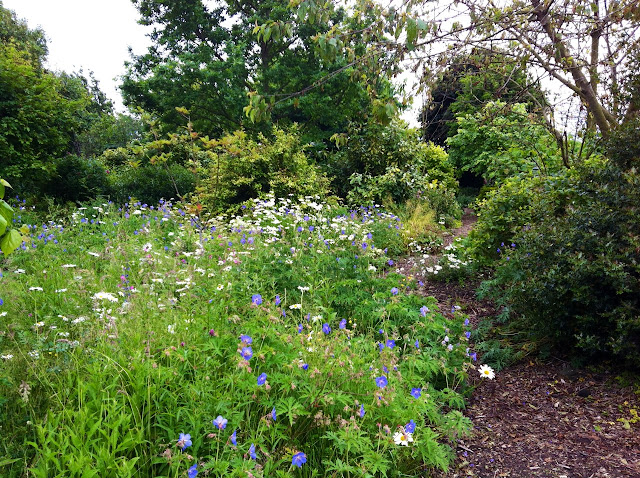 My first surprise when we got there was how busy it was. Having never been to one of these open days before I had no idea what to expect, but it certainly wasn't the fairly serious amount of cars that were there when we arrived 15 minutes after the opening time. So, that baby was shovelled into his pushchair (possibly a mistake - should have gone for the carrier as some parts of the garden were tricky to negotiate, but that's my fault for not thinking ahead so never mind), I paid my entrance fee, and in we went. 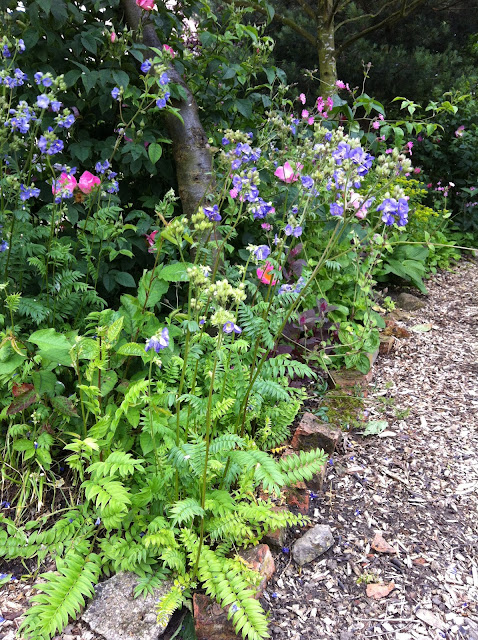 The garden was split into two sections - a woodland area, and then the main garden. We started with the woodland section which was a lovely circular path through a wide range of beautifully arranged beds that were planted very naturally. My lack of knowledge on the names of many of the plant species prevents me giving an exhaustive list (hence the wannabe in the blog title), but those I was able to identify and enjoy included Hostas, hardy Geranium (or Pelargonium..), Euphorbia, Aquilegia, and the biggest Foxgloves I've ever seen! 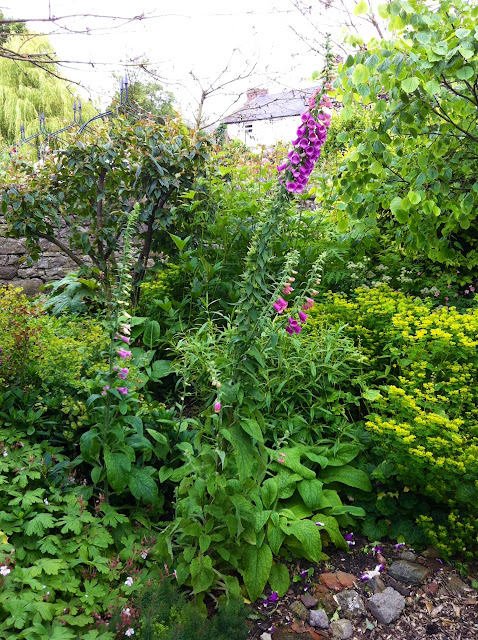 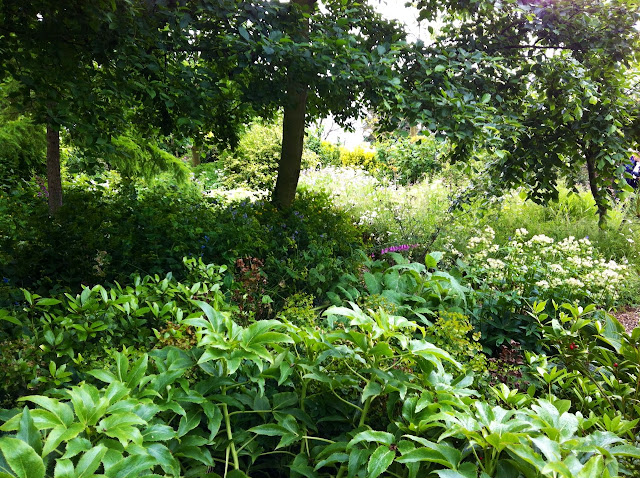 Heading out of the woodland area and into the main section of the garden you come out on to a large and very neatly kept lawn. The views from the bottom of the garden were stunning with it looking right out over the coast and with Seaburn lighthouse in the distance. There were a number of peaceful looking seating areas, and a very pleasant conservatory, although I didn't attempt to fight my way in there with the buggy as I suspected that the potential damage to the paintwork may have been too much.. There was a very nice white planting section and lot of beautifully laid out herbaceous borders to wander around and gather ideas from. 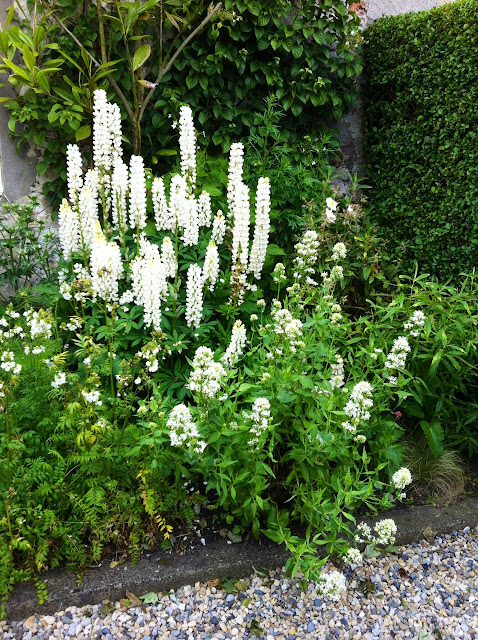 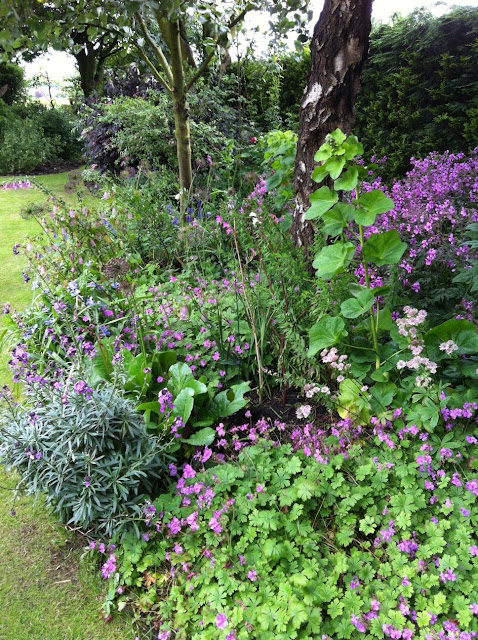 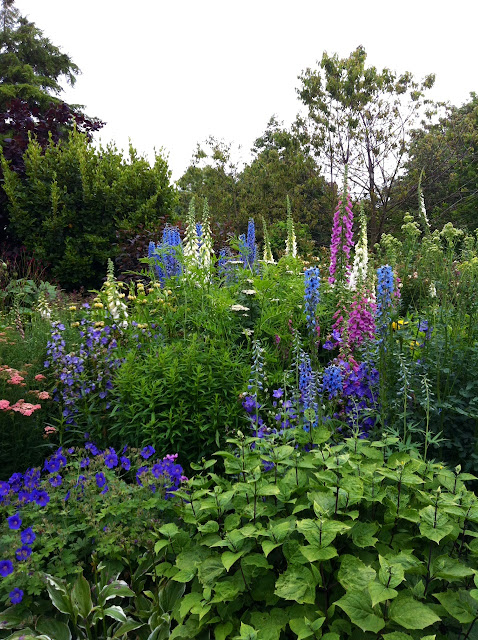 My favourite part of the garden was the fragrant path that led through a number of trellis arches which were covered with a mixture of Sweet Peas and Roses. This led to a path that was lined on one side by more Roses, and on the other by a herb garden. 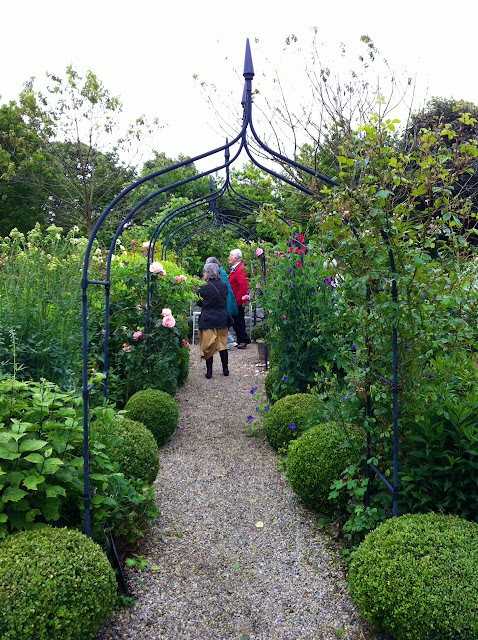 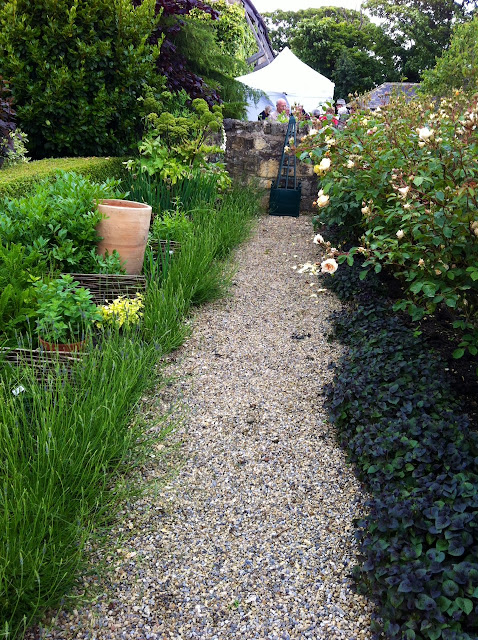 After this it was back to the entrance area for a look at the plants they had for sale (I picked up a nice Brunnera), and a healthy dose of tea and cake. I just hope for the organisers sake that the cake didn't run out, or I could see them with a riot on their hands... 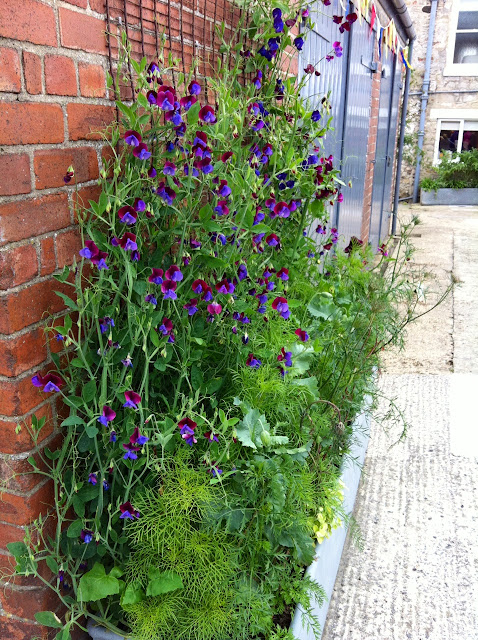 The thing that stood out most about the garden, apart from the obviously millitant weeding, was the lack of pest damage. I heard several people commenting on the same thing - the Hostas and the like had very little in the way of slug damage (my own look like Swiss cheese) and I didn't see an aphid infestation anywhere. It all looked very healthy, and I'd love to know what their approach to dealing with such things is. Everything looked beautiful, despite the appalling weather we've had this summer, and colours shone even on such a dull day. My only criticism of the garden is a minor comment on the layout of the Rose and herb walk - there was only one way in and out which affected the flow of the garden. On a day like today it meant that you were fighting your way back through people to get out, and adding another exit would mean that you could take in the garden on one continuous path, rather than having to go back on yourself. Very minor, just a thought.

All in all a very enjoyable hour spent being nosy in a garden that you wouldn't get to see ordinarily. I'll definitely be back for more both of this garden (assuming it opens again), and other NGS offerings.

A very big thank you to the owners and the volunteers for sharing this with us today.
Posted by Rob Stevens at 7:40 pm

Speak to me! Please be kind, I'm such a delicate soul...